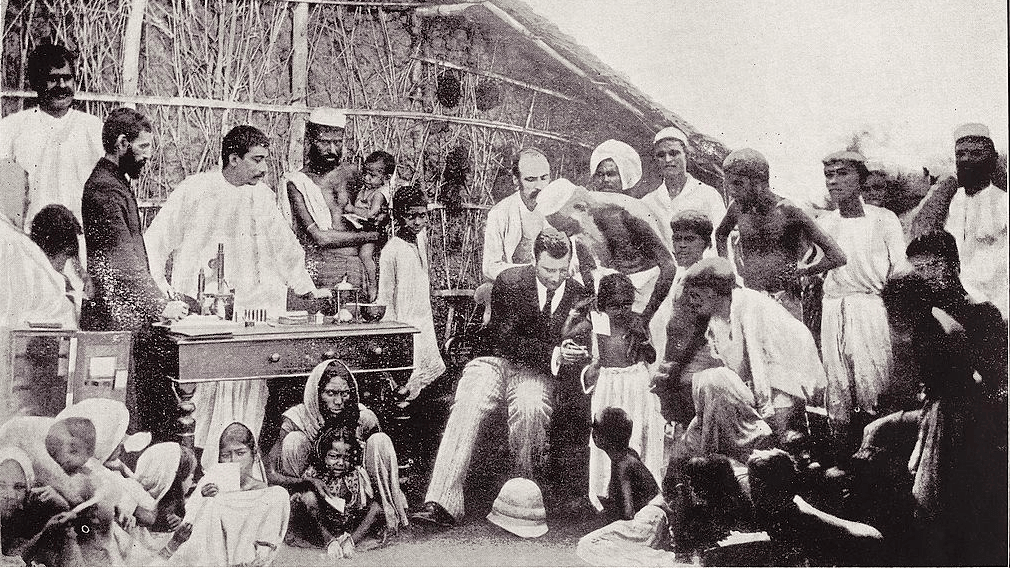 Waldemar Haffkine: “the most unfamous man…” behind vaccine development

The last few months have seen the world eagerly awaiting a potential COVID-19 vaccine as clinical trials commenced in various research institutions. While a wide range of measures are employed to prevent the spread of infectious diseases, including contact tracing, hygiene-related procedures, and mapping (Wang et al., 2016), preventive vaccination remains the most efficient of these (Bonanni, 1999; Zakary et al., 2016).

The robust standards in place today for developing and testing effective and safe vaccines are the product of decades of work by researchers and doctors. The foundations of this process were laid between the 1880s and 1930s, a period dubbed “the golden era of vaccination” (D’Amelio et al., 2015). This period is generally associated with the work of Louis Pasteur and colleagues. Among these researchers was Waldemar Mordecai Haffkine, a man Chekhov noted: “In Russia [he] is the most unfamous man, in England he has long been known as a great benefactor” (in a letter to Suvorin, 1899; translation here).

Haffkine advocated for the application of strict scientific methods to identify the causes of infectious diseases, study the pathogenic microorganisms, and develop vaccines. His work focused on Vibrio cholerae – the microorganism causing cholera. Periodic outbreaks of cholera were commonplace tropical regions, European countries, and Russia (Bornside, 1982). With permission from the British government, Haffkine carried out several tests in then British-ruled India both on Europeans and local population (Haffkine, 1895; Hawgood, 2007).  Often, Haffkine had to inject himself with the vaccine to demonstrate its safety to apprehensive locals. This pioneering work during this period etched the first steps towards the codification of the strictly defined and safety-focused vaccine development protocols and procedures in place today (WHO, 2004).

Haffkine “was the first person…to define the principles of controlled field trials and, moreover, to use them,” according to Dr. B. Cvjetanović of the WHO (Cvjetanović, 1975). He introduced the use of control groups, ensuring that groups of individuals chosen for trials were either fully comparable or chosen at random and that both the test and control groups were exposed to equal risk of contracting a disease. His colleagues and government officials testified to his dedication to ensure the participants were taking part voluntarily and that they were fully informed about the procedure (Misra, 2000).  In 1892, he developed a vaccine against cholera, and between 1893 and 1895, he and several medical staff in India inoculated over 42000 persons, and maintained detailed records of the results (Hawgood, 2007).  This allowed him to make scientific conclusions about the safety, efficiency, and length of protection provided by his vaccine, all of which are key indicators for vaccine efficacy today. Following successful controlled trials, immunization programmes were run within India to administer the cholera vaccine as well as the plague vaccine that he subsequently developed during the plague outbreak in Bombay in 1896.

Unfortunately, his success was compromised in 1902, when 19 people died from tetanus after being inoculated with his anti-cholera vaccine. He was exonerated only in 1907 after it was proven that the incident was due to negligence of the personnel performing the inoculation (ibid). This remains a stark reminder of the importance of ensuring all the stages of the vaccination process are conducted by professionals and with utmost care.

India’s pharmaceutical industry is flourishing today, especially in the Global South. Starting out with only small laboratories and inoculation stations at the end of the 19th century, India now supplies 60% of vaccines used in developing countries (Vaidyanathan, 2020). Today, the COVID-19 vaccine is being developed drawing upon the systemic, scientific requirements and integrity Haffkine initiated. However, vaccine development facilities should keep in mind calls to ensure fair distribution, especially in developing countries (Deo et al., 2020), by incorporating fair distribution protocols within existing frameworks.

A contributor and member of the Public Health Pathways team